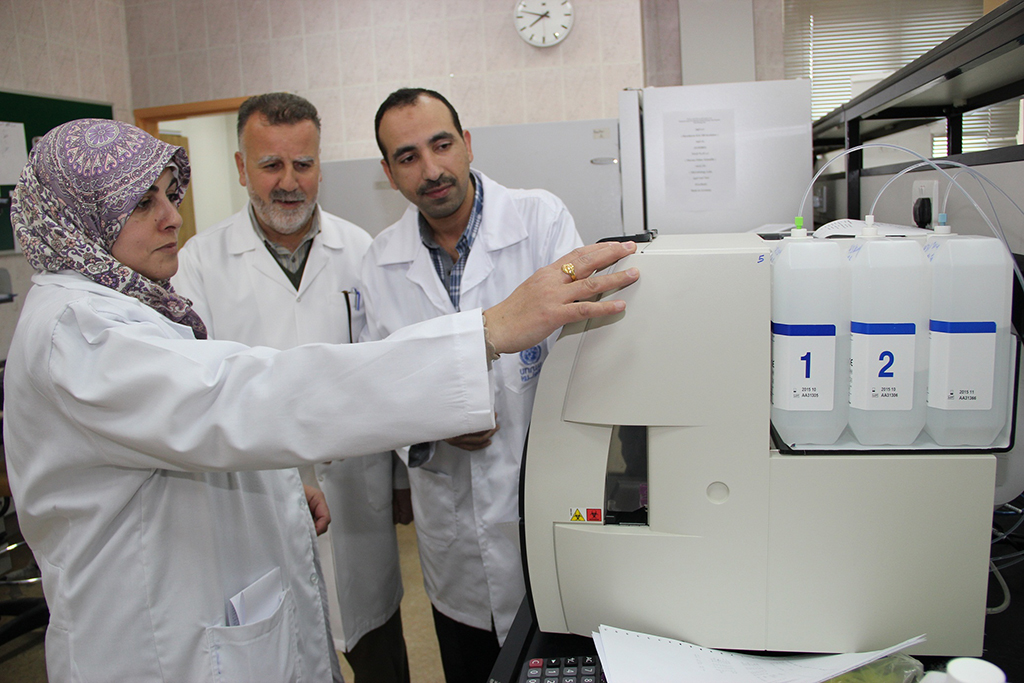 World Diabetes Day: Probitas Foundation supports an innovative project of UNRWA, which fights against the disease among Palestinian refugees in Jordan

The belief that infectious diseases cause more deaths at the global level that the non-communicable diseases, is completely wrong. The increase of non-communicable diseases (NCD) is a fact that keeps warning the organizations that are responsible for the global health. Data indicate that in 2012 the 68% of deaths in the world, around 38 million, were caused by these diseases, which are concentrated basically in four types: cardiovascular diseases, cancer, respiratory diseases and diabetes.

At the World Diabetes Day, the Probitas Foundation wishes to place special emphasis in this pathology that is growing up until reaching alarming levels in all countries. According to data provided by the WHO, diabetes is no longer a disease that affects only rich countries, since the vast majority of the 422 million people suffering from this illness in 2014, lived in developing countries.

The number of people affected has quadrupled in just 30 years and the latest data from the WHO reflect 3.7 million deaths from high blood glucose levels of which 1.5 million were directly caused by diabetes. Of these 3.7 million deaths, 43 per cent are under 70 years old, making diabetes one of the leading causes of premature death. The prevalence of the disease has also increased between 1980 and 2014, rising from 4.7% to 8.5%. Especially in developing countries, that in the 80's had low prevalence of diabetes. Currently the mortality rate between 20 and 69 years for reasons associated with high levels of sugar is particularly high, especially in men.

By regions, WHO highlights the incidence of mortality in Africa, the eastern Mediterranean and Southeast Asia, and also points to the western Pacific as the area where deaths most increased between 2000 and 2012 (from 490,000 deaths to 944,000). This increase is due to the difficulty in accessing the treatments, such as insulin, that is much more difficult to obtain and also more expensive in developing countries, where overweight and obesity had also been accentuated.

The consequences of diabetes are a serious public health problem: blindness, renal failure, cardiovascular complications and amputation of the lower limbs are the most serious for those suffering from the disease. For fighting against all these problems and consequences of diabetes, the Foundation supports UNRWA, cooperating in a project based in Jordan that focuses its activity in the diagnosis of the diabetes through the measurement of glycoside hemoglobin, HbA1C. This new procedure facilitates a better control of the disease and patients, with a more reliable diagnosis than on going standard methods.

The project, "Strengthening clinical diagnostic services at the UNRWA health centers in the refugee camps of Wihdat and Irbid, Jordan," apart from early diagnosis of diabetes of the refugee population, also allows a better follow-up of the disease foe those already affected. The project also contemplates among its activities a training for the specialists who work in the project so that they can diagnose, treat and follow up patients in a better way.

The Probitas Foundation is committed for training as a tool for social change and will continue to support this type of projects focused on no-communicable diseases, whose prevalence increases day by day worldwide.