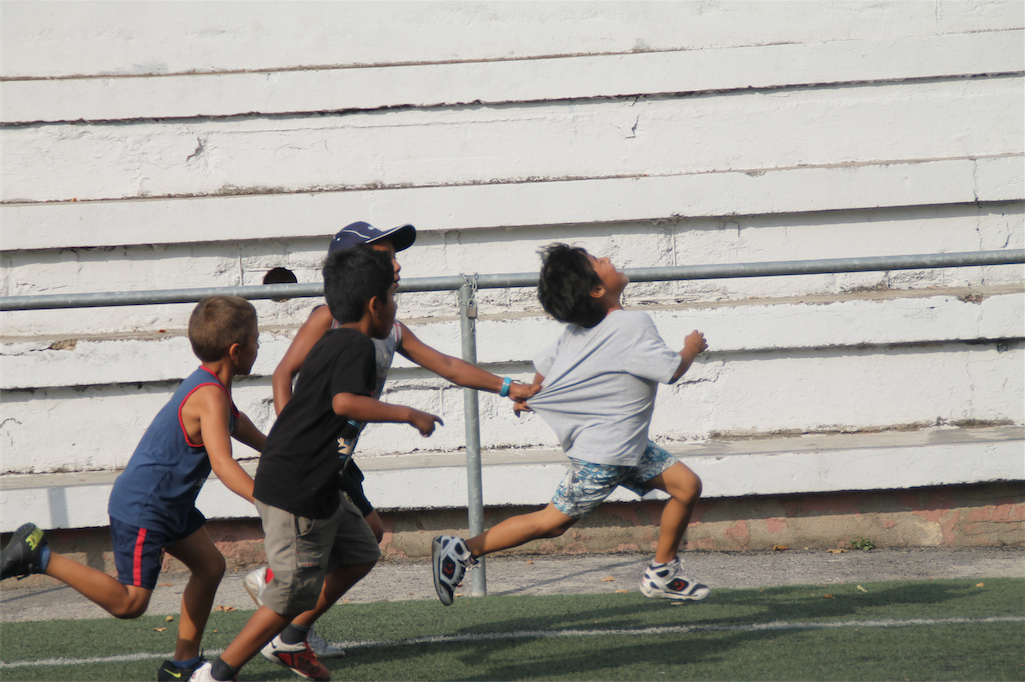 In 3 July, the Catalonian Proponents for Infancy, the Department of Social Welfare and Family of the Generalitat (Catalonian government), and Unicef Catalonia held the conference "The 25th anniversary of the Convention on infants' rights. Challenges for Catalonia and evaluation of the impact on infancy."

We must remember that the Convention on Infants' Rights started 25 years ago in order to define the nature of certain rights that should be taken totally for granted in the context of Western developed societies.

Unfortunately, and until recently, the emergence of the crisis has meant the end of many of these basic rights. All this forces us to ask ourselves which are the red lines that cannot be exceeded regarding the rights and the infancy.

Unluckily, the guarantee of the right to food for the infants has undergone a crisis, and as a direct consequence on this essential right, other rights (such as health assistance and guaranteeing the educational leisure time and the school trips for the infants, that are so beneficial for them in terms of developing an environment inclined towards the promotion of social relationships) have been reduced.

For instance, by the end of June, the report "Economic crisis and health", drafted by the Spanish Public Health and Health Administration Society (Sespas), warned that the younger children that have been more affected by the crisis will have, in the future, health problems such as cardiovascular diseases and diabetes, and other problems such as insanity and depressions, besides facing a higher risk of having a lower educational level and, as a consequence, worse jobs and a lower income.

The Catalonian Ombudsman also published, this month of June, the Report on the right to the educational leisure time and to the school journeys and summer camps, in which it is included that approximately one of every three infants does not perform any kind of sport extracurricular activity, and that two out of every three does not perform any kind of non-sport extracurricular activity. This lack of involvement is conditioned, to a great extent, by inequality factors.

Along the same lines, in year 2013, the Report on children malnutrition in Catalonia also included that some 50,000 infants suffered deprivations that affected their diet (they cannot afford meat or fish at least once every two days, so they do not consume proteins regularly).

As an answer to this context, the Probitas Foundation develops, since 2012, the programme "Reinforcement of the Children's Diet" (RAI). It is an programme of its own whose aim is to reduce the malnutrition risk, as well as improving the physical, psychological and emotional welfare of the most vulnerable infants through four scopes of activity: school meal grants, summer activities in centres, healthy habits RAI-Cuida'm (the latter is a programme aimed at children with diseases or illnesses that are not covered by the Social Security System). These four scopes of activity cover three basic and inalienable rights that all the infants must have in order to thrive and grow with a minimum standard of living: diet, health and leisure.

From all the resources that must be guaranteed so the infants can have access to their rights, nutrition rises as an essential issue. In the face of this, Probitas has increased, this year, the school meal grants item, rising it from €419,848 assigned during the period 2012-2013 to €761,801 assigned for the period 2013-1014. This entails an increase in this item of €341,952 more with respect to the previous year only for dealing with the needs for the access of the pre-school and primary school pupils to the dining rooms. The number of schools and children that benefit from these aids has also grown. Last year 1,114 children received the school meal grants, whilst this year these figures have almost doubled, reaching 2,026 children from 89 Catalonian schools.

The description of this fact sketches a scenario that allows us to affirm that the red lines of the rights of the infancy have been exceeded: There are essential needs that are not covered by the public administrations. Regardless of the existence of malnutrition in Catalonia, there are children that do not have the possibility of consuming the foods that, according to the World Health Organisation, they should eat at their age.