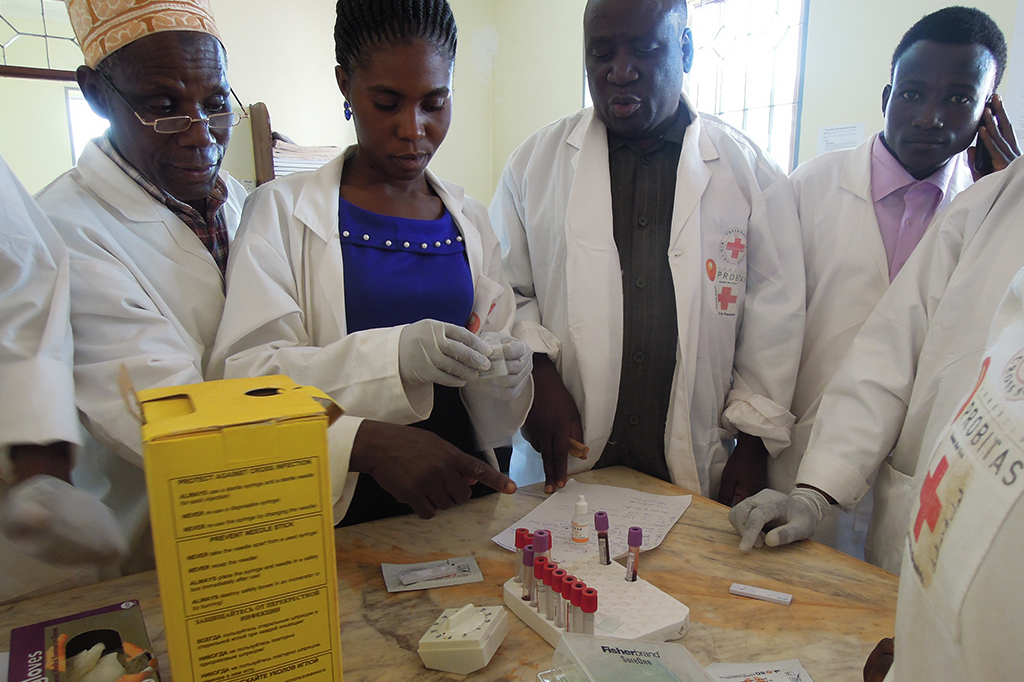 According to the World Health Organization (WHO), Malaria is a potentially fatal disease caused by the parasite Plasmodium transmitted to humans through the bite of female mosquitoes of the genus Anopheles. However, it is an illness that can be prevented, treated and cured.

The symptoms of malaria such as fever, headache and chills, usually appear between 7 and 15 days after the mosquito bite, depending on the species of malaria in question. In addition, if malaria progresses, severe anaemia, respiratory distress and other problems may provoke brain malaria. In areas where the disease is endemic, people may acquire partial immunity, which makes possible to develop asymptomatic infections that remain undiagnosed or untreated hence, increasing the disease potential for transmission, explains WHO.

The most affected regions are Sub-Saharan Africa, South eastern Asia, Eastern Mediterranean, Western Pacific and the Americas. WHO's Africa Region supports the largest malaria burden in the world, being this its most serious form. In 2016, 90% of cases and 91% of deaths due to malaria occurred in this region. Also the same year, the 14 countries in Africa and India suffered 80% of the global load of this disease.

Prevention
WHO explains that there are two methods of fighting malaria; Either using impregnated mosquito nets or via fumigation of interiors with residual action insecticides. It seems that if a given area is sufficiently covered by any of these two techniques, it can protect the entire community living there.

Diagnosis and treatment
The diagnosis and early treatment of malaria decrease the incidence of the disease, reduce mortality and help to prevent the transmission. The best treatment option available, especially for falciparum type malaria is combined therapy with artemisinin, according to the WHO.

This organization recommends confirmation of the diagnosis with parasitological methods, prior to administering the treatment.

Malaria is one of the diseases part of WHO's 2016-2030 World Technical Strategy meaning that by 2030 this disease has to end in all countries where it is considered endemic throughout a common strategy to guide and support national and regional programs in its fight to eradicate malaria. Some of the points of this strategy for 2030 are:
Malaria in figures
Periodically, WHO reports on the diseases part of this common agenda that ends in 2030 to guide all the stakeholders involved on how their action is evolving. In the case of malaria, the latest data that has been published shows that in 2016 there were 216 million cases of malaria worldwide and 445,000 deaths linked to this disease.

Probitas in the fight against malaria
Probitas Foundation also shows interest in ending malaria by supporting projects dedicated to the prevention, diagnosis and treatment of the disease. Among these projects, highlights the one in Tanzania, called GLI-Kigoma, an initiative -in collaboration with Red Cross- to improve the regional hospital laboratory and five health centres with the aim of achieving an improvement in the quality of diagnosis of most prevalent diseases in the area, especially malaria and provide water infrastructure, power resources and laboratory equipment, as well as training the technicians working there.