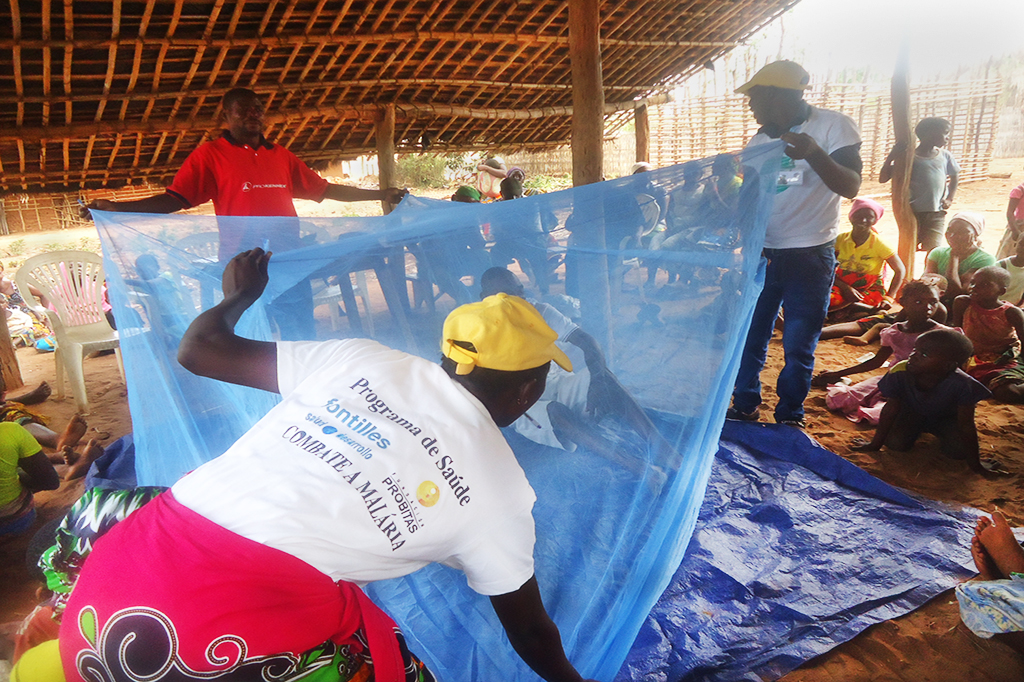 Objective 2020: To Eradicate 10 of the Neglected Tropical Diseases

Neglected Tropical Diseases (NTD) are, according to the World Health Organization (WHO), "those that occur only, or mainly, in the tropics. It refers to the infectious diseases that predominate in hot and humid climates, such as leishmaniasis, schistosomias and onchocerciasis, lymphatic filariasis, Chagas, African trypanosomiasis, and dengue, among others".

In order to eradicate them, the WHO organizes global meetings with NTD partners, who already are working with NTD, where the latest reports on the situation are presented and milestone achievements made over the last 10 years are made known. These events also serve to maintain and increase the financial support that make possible the achievement of the objectives set for 2020 by the WHO, and also to call on members to make the most of the resources available after this date. Representatives of the Member States are expected to attend the meetings, along with donor agencies, foundations, the private sector, university officials, environment and other interested agents.

The second world meeting took place on April 19, 2017 in Geneva (Switzerland), under the motto "Collaborate. Accelerate. Eradicate". The theme referred to the turning point marked by the first global meeting of members in 2007, which emphasised global efforts to combat and eliminate diseases linked to poverty, as the WHO explains. In the year 2012 the members signed the London Declaration, in which they pledged to provide support to the WHO to combat and eliminate 10 NTDs from now until 2020.

The WHO also wishes to ensure that the treatment of NTDs is included in what is commonly considered "universal health coverage", asserting that this will only be possible when "NTD interventions are integrated into national health systems". A report published by the WHO addressing integration in the fight against NTDs and health and global development points out that through consistent political support, charitable donations of medicines, and improvements in living conditions, "programmes for the control of these diseases can be continuously expanded in the countries where they are most prevalent".

Neglected Tropical Diseases
Some 20 NTDs have been identified and defined to date. The main populations affected are the poorest residents of urban neighbourhoods and underdeveloped countries. These diseases were formerly prevalent in several areas of the world, but now are mainly restricted to tropical and subtropical regions where hygiene and sanitation are insufficient, living conditions are not adequate, and the incomes of the population are limited or low. So, they are diseases related to poverty. The 20 NTDs are the following:

Unfortunately, this group of diseases still affects 149 countries and more than 1 billion people worldwide, causing severe disabilities and lifelong impairments, as described by the Universities Allied For Essential Medicines (UAEM).

Probitas's commitment to the fight against NTDs
For years Probitas Foundation has supported initiatives that significantly contribute to improving the health of the beneficiary population, whether through projects having to do with water, hygiene and sanitation, nutrition and food security, health education, community work, or directly to health care. Therefore, support for initiatives addressing infectious diseases also forms part of this wide range.

However, this year Probitas decides to focus the criteria of the International Cooperation Projects (ICP) call and center its attention supporting projects that are working entirely on the prevention (sensitization, active detection of new cases, etc.), diagnosis (provide equipment and materials for laboratories, staff training and evaluation of procedures), treatment (ensure access to treatment and carry out a massive administration of the necessary drugs), follow-up (measure the actions taken to analyze the real impact of the project ) and WASH (water and sanitation) of Neglected Tropical Diseases or also called forgotten diseases. The main reason for limiting the call is because the specialization in a specific type of projects will allow all Probitas knowledge and effort to be focused on a single objective, generating more impact, better results in the medium and long term and will benefit the population more.

The new period that starts in 2018 aims to be more solid thanks, also, to multilateral agreements with other relevant organizations, such as the case of WHO, which has proposed a strategy to control, eliminate and eradicate NTD in 2020. This is why all parties are required involved (donors and entities working in the field) to collaborate in order to reach the same objective.

In addition of adjusting on neglected diseases, Probitas adds 3 more that have a major health impact in low-income countries such as malaria, HIV/AIDS and tuberculosis.

For their part, the receiving entities commit themselves to apply the mechanisms and resources available to them to detect, treat and control the neglected tropical diseases on which their respective projects are focused and collaborate in the achievement of the global objective of ending the 10 of the 20 forgotten diseases.

Probitas projects on neglected tropical diseases
Probitas is currently engaged in different projects underway focused on the treatment of infectious diseases. These include the following: