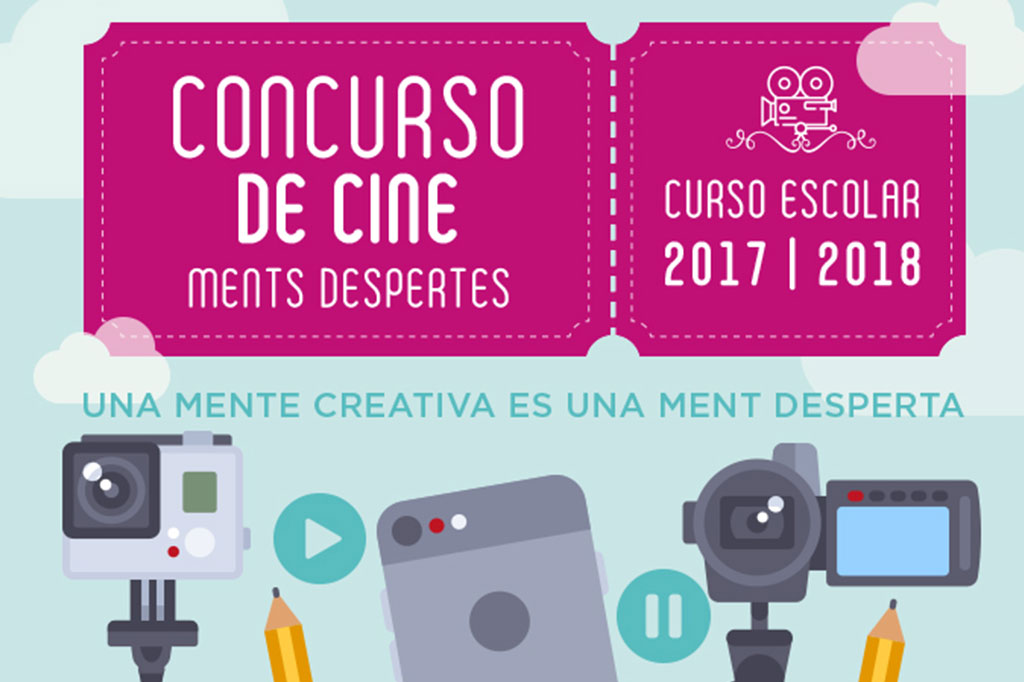 Social Welfare Program Ments Despertes (Awaken Minds), from Som Via Group, hosts the first edition of the Cinema Ments Despertes Contest, a short film competition open to all schools in Barcelona and outskirts in order to promote the creativity of young people, through the realization of a work of social sensitization activity in the health and mental illness sector, to help eradicate stigmas and promote solidarity.

Day unfolding
The competition core is that each participating group should display a short self-made film on a topic that may suggest the concept of Awake Minds. Some of the requirements are that the short story must always convey an educational message and the content has to be respectful with all the collectives. Som Via explains that one of the most remarkable events in the competition is that a team of speakers, made up of people affected with mental illness, relate their life experiences to the students. This activity aims to offer a new vision of the illness in school and promote prevention and good habits.

With this contest, Ments Despertes Program seeks to offer an educational proposal pursuing the combination of learning and community service processes in the same project, while simultaneously achieving a bidirectional learning between speakers and students.

Ments Despertes and Probitas
In the framework of the collaboration agreement that Probitas Foundation has with Som Via group, Probitas general director, Marta Segú, has participated in the event giving a general explanation about Probitas Foundation and highlighting the added value that has working with a program such as Ments Despertes. She ended the intervention stressing the importance of coaching the students'view of mental illness.

The competition was held on May 24th at Mediapro Auditori. It was attended 2.000 students and 70 lecturers. Some of the contest winners have been the youth of Puig i Castellar Secondary School that are part of the RAI ESO Probitas program.