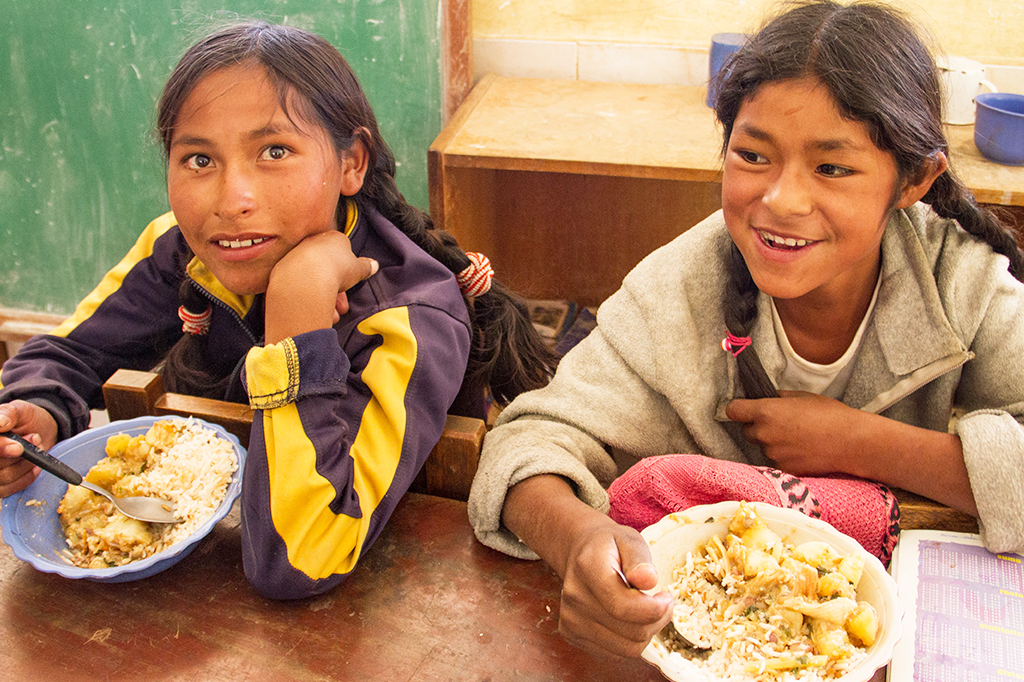 World hunger rises for the first time since 2003

The UN's Food and Agriculture Organization (FAO) recently published a report highlighting the increase in people around the world who do not get enough to eat each day, a figure that exceeded 815 million in 2016 – 17 times the population of Spain.

The study "The State of Food Security and Nutrition in the World, 2017" points out that for the first time since 2003 world hunger increased considerably, after years during which it did not see substantial changes.

One of the countries where hunger grew the most this year is South Sudan, where there are more than 250,000 children suffering from severe acute malnutrition, according to UNICEF data. It is not the only country, however, as Yemen, Somalia and northern Nicaragua, among others, as the report explains, are also suffering this humanitarian crisis. In addition, the FAO laments that the demand for food aid will intensify during the rest of the year.

The reasons for malnutrition
One of the main reasons for this food insecurity situation (the guarantee of sufficient calories) lies in the fact that these countries are at war. Hence, internal conflicts often erupt leading the population to live under conditions of severe poverty, in addition to being dry territories, or areas vulnerable to the impact of the climate. These conflicts trigger the displacement of many people to other regions where access to food and resources is more difficult. This makes the almost two million displaced people even more vulnerable, subjecting them to lives of poverty and malnutrition.

The second part of the report stresses how these conflicts affect food security and how food security, in itself, can lead to conflicts and additional problems. In order to improve conditions in these regions, the organisations involved in achieving the 2030 Sustainable Development Goals (SDGs) – approved by the UN's 193 member states – are focusing on SDG number 2 and SDG number 16, which seek to put an end to conflict, ensure food security, and achieve peace. The report explains that focusing on improving food security and nutrition can help prevent conflicts in the territories and foster peace.

In addition, there are other factors that aggravate the food crisis, such as "the educational level of women, the resources that governments allocate to national nutrition policies and programmes for mothers, infants and young children; access to clean water, basic sanitation and quality health services, ways of life, the food environment, and culture," the report said.

The consequences of malnutrition
The impact of malnutrition stunts children's growth and exposes them to an increased risk of impaired cognitive ability, poorer performance at school and at work (for adults), and, in the worst cases, greater susceptibility to infections. Paradoxically, the report points out that in low-income countries there coexist "different forms of malnutrition", as there are, simultaneously, high rates of child malnutrition and obesity in children and adults.

Probitas is involved in reversing the situation in the most affected areas
The Probitas Foundation is also engaged in addressing the situation of vulnerability, malnutrition and poverty in these areas by supporting food projects that aim to provide a nutritious and healthy diet for the affected populations. These are efforts whose geographical scope encompasses South America (Bolivia and Peru), Central Africa (Democratic Republic of Congo, Ethiopia and Tanzania), the Middle East (Lebanon), India (Mumbai) and southern Europe (Greece).

Projects in South America
The "Bolivia Alimentación" project, with a focus on local development, and carried out in collaboration with the World Food Program (WFP), mainly focuses on contributing to the development of local food production chains and the reduction of food insecurity through the promotion of cultivated crops for school lunches. The direct beneficiaries are approximately 3,600 children in the area.

In Peru, the project "Anemia No" aims to contribute to the prevention and sustainable reduction of child undernutrition through family practices of prevention and control that are culturally relevant, capacity building in the health sector, and social programmes. In this way, more than 500 children will benefit. This is an initiative launched in concert with Action Against Hunger.

Projects in Central Africa
In the Democratic Republic of Congo, the project "Improving Food Security for the Population of Kasando", launched in concert with the Fundación Internacional de Solidaridad de la Compañía de María, or International Solidarity Foundation of the Company of Mary Our Lady (FISC), aims to improve food security at the Kasando Health Center by enhancing its infrastructure and conducting training sessions for the personnel on nutrition and health. It is slated to benefit some 7,085 people.

In Ethiopia, the Probitas Foundation has supported a project, in collaboration with UNHCR, to Contribute to the international protection of refugees in Ethiopia, ensuring access to essential basic services at the camps. The project seeks to improve the nutritional status of children under age five, and pregnant and breastfeeding women in the country's five Somali and Eritrean refugee camps. Direct beneficiaries include over 10,046 Eritrean and Somali refugees, more than 8,270 children under age five, and 1,600 pregnant or breastfeeding women.

The third project carried out is in the district of Kilombero, in Tanzania, made possible thanks to assistance provided by the Ifakara Health Intitute (IHI). It focuses on supporting nutritional rehabilitation and improving maternal and child health in the area's population in order to reduce the mortality rates of undernourished children. More than 380 people are benefited.

Project in the Middle East
In order to support displaced persons and, specifically, children affected by the war in their countries of origin (especially Syria), Probitas has been providing financial support during the 2016/2017 academic year to a project that has made it possible to ensure school lunches for 550 Syrian and Lebanese children who participated in the school nutrition programme, carried out in concert with the World Food Program.

Project in India
In the Mumbai area the Probitas Foundation supports a project carried out with the organisation Proinfants based on providing outpatient and nutritional medical assistance in collaboration with Ankur Children's Home . The purpose of the initiative is to provide health and nutritional assistance to identified groups of children and mothers in two impoverished quarters of Mumbai, with an average of between 50 and 80 beneficiaries per day, for 24 months.

Project in Southern Europe
Probitas supported an initiative benefitting northern refugee camps in Greece, carried out in collaboration with Save The Children and Nutrition in Northern Greece, which aims to promote, protect and support breastfeeding practices and nutrition for infants and children in emergencies, as well as to respond to the dietary needs of mothers and newborns up to age 2. The direct beneficiaries of the project were 2,366 mothers and children.

In this way the Probitas Foundation provides knowledge and resources to improve the situations of those populations most affected by hunger, fight child malnutrition, and promote healthy eating habits for communities.