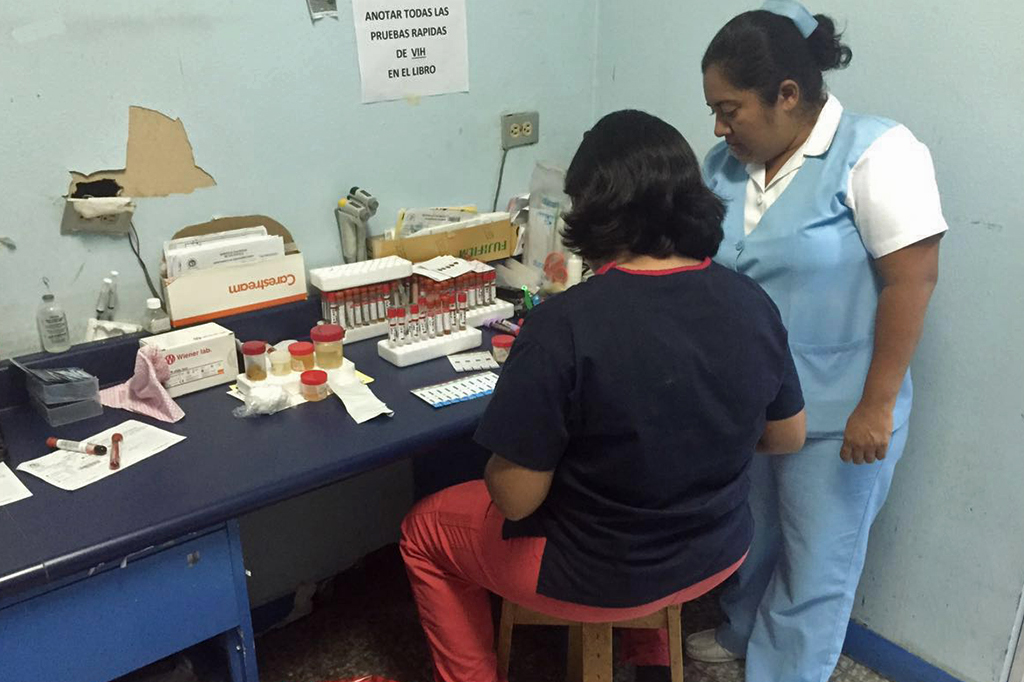 Resistance to certain drugs against the Human Immunodeficiency Virus (HIV) -causing AIDS (Acquired Immunodeficiency Syndrome) - has increased, according to the latest report published by the World Health Organization (WHO) in July 2017.

A Report on HIV drug resistance in 2017 warned that in 6 out of 11 countries surveyed in Africa, Asia and Latin America, more than 10% of patients who started antiretroviral treatment had a strain resistant to any of the drugs that are used to fight HIV. The countries that WHO is more concerned about are: Argentina, Nicaragua, Guatemala, Namibia, Uganda and Zimbabwe. This increase identified in drug resistance, according to WHO, could lead to the death of 135,000 people and cause 105,000 new infections. The increase is attributed to the fact that infected people do not respond adequately to antiretroviral - drugs that can control the replication of the virus and avoid the infection progress to AIDS - and, therefore, resistant viruses are still transmitted to other people.

From the World Health Organization, they recommend an urgent and accurate revision of the virus treatment programs that are applied against the disease, since this discovery could be a halt to the achievement of one of the Sustainable Development Goals of ending HIV/AIDS by 2030.

According to WHO by the end of 2015 there were 36.7 million people affected by the virus worldwide and only 18.2 million received antiretroviral treatment in the middle of 2016. In addition, more than two million new infections are reported every year -it would be equivalent to have an infection every 15 seconds- and it is estimated that 25% of infected people do not know it. WHO warns that currently only 60% of people with HIV know their serological status.

The World Health Organization highlights the importance of standard anti-retroviral treatment (TAR), which consist in combining at least three antiretroviral drugs (ARV) to suppress HIV as much as possible and curb the progression of the disease. The organization notes that huge reductions in mortality and suffering rates have been observed in response to a highly active antiretroviral treatment (HAART), especially in the early stages of the disease. On the other hand, the WHO indicates that the extension of the access to the HAART can also be a prevention strategy by reducing the transmission of HIV at population scale and reduce the number of orphans thus preserving the families.

Currently, there are only three possible ways of transmitting HIV. On the one hand, through sexual transmission (maintaining unprotected sex). On the other, blood route (transfusion of contaminated blood or share contaminated sharp objects such as needles or syringes. And thirdly, maternal to child transmission route (during pregnancy, delivery or breastfeeding). Despite community-based and worldwide efforts to combat the disease, no cure or vaccine has yet been found to eradicate HIV/AIDS.

In this context, Probitas Foundation is also sensitive to the worrying situation that stems from the HIV virus. Therefore, following the philosophy that seeks to transfer experience, knowledge and resources in the field of health in the most vulnerable areas of the world, there are three on-going projects aimed at improving the detection and care of the HIV virus.

GLI-Peru
One of them is the program "GLI-Peru" in collaboration with UNICEF and the Ministry of Health. Through this project, it was created the first "Comprehensive HIV/AIDS care model for indigenous populations", by adapting the National protocol to the context of indigenous population areas, which not only lack resources, but they are also sharing beliefs and values according to their ethnic and different from other areas of the country. The project, which began in 2014, is already in the last stage of execution in which an analysis of the efficiency and impact that has been carried out.

Finally, the results of the project were focused on improving the capacity of health services, including the laboratory capacity of Condocanqui and Datem del Marañón for the diagnosis and timely treatment of communicable diseases such as HIV/AIDS, which affect children and adolescents, pregnant mothers and the general population of the indigenous communities in the Amazon Basin. The execution of the project has allowed us to improve the capacities of the health personnel in the region, so that during 2016 has facilitated the registry of 134 new cases of HIV infection in the Condorcanqui network.

Cooperative project in Central America
Also Probitas promotes since 2015 a project called "Improved diagnosis of patients with HIV-Tuberculosis co-infection in Central America", particularly in Guatemala. The main goal of this project is to implement a Point-of-care (POC) test for Tuberculosis diagnosis (TB) in patients with HIV co-infection. It is intended that the results of this initiative serve to guide subsequent validation studies of the test with the potential to improve the diagnosis of tuberculosis in HIV patients.

This project, which is being carried out by Ohio University in collaboration with the Ministry of Health and IDEI with the Probitas Foundation support; has been shown that the co-infected population of HIV-TB presents an important delay in the diagnosis and a higher morbidity and mortality rates due to the difficulty and cost of diagnosis and treatment. Many HIV-TB patients do not have access to correct treatment and monitoring due to from the lack of infrastructure and equipment in public hospitals systems. As a result, they suffer stigma and discrimination associated with both illnesses that exacerbates the negative social and economic consequences of the diseases.

Precisely, this is one of the reasons that led us to set one of the main objectives of the study: to reduce the time of diagnosis of tuberculosis in HIV patients and thus improve the control of follow-up of patients for improving the prognosis and reduce transmissibility. The indirect beneficiaries of the program are approximately 620,000 people infected with HIV and who live in the Central American region.

Cooperative project for vulnerable populations of the Department of Escuintla, Guatemala
The third project supported by the Foundation financially is called "Prevention, diagnosis and comprehensive care for sexually transmitted infections (STI), HIV and opportunistic infections in vulnerable populations Escuintla, Guatemala". The main objective of the initiative is to improve the prevention, detection and care of HIV/AIDS and STI patients by improving the coordination of the different Hospital's services in Escuintla. The expected results are to have adequate space for the diagnosis of STI, HIV and other infections, as well as obtaining an improved system for data management and registry of cases.

In a context starring of 87.252 people affected by HIV -which represents 0.08% of the adult population- it is estimated that there are 8,908 new infections annually. The main activities of the project focus on improving the attention and coordination of the different services of the Escuintla National Hospital through the training of healthcare providers of the Comprehensive Attention Unit, the Barcelona Clinic and the AIDS Foundation and Society (FSIS) in communication and integrated coordination, among other actions. The direct beneficiaries of the project are 1,210 people living with the HIV/AIDS.

With the implementation of these projects, Probitas Foundation brings together its values and mission in those areas with difficulty access to social and health services, thus contributing to the improvement of the living conditions of the most vulnerable populations.