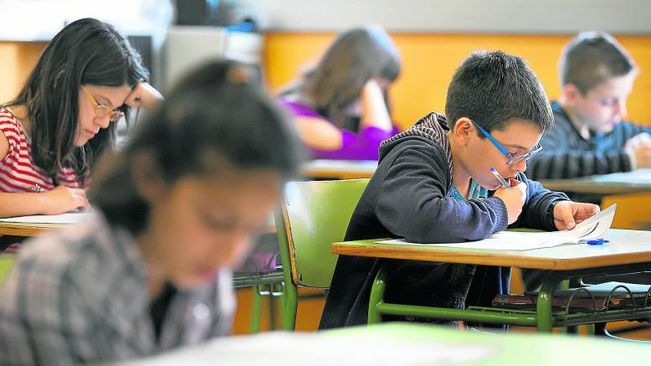 Not only is the economic crisis affecting the access of the most vulnerable children to an adequate level of life. Their mental health has also deteriorated over recent years.This is the conclusion of a study published in June 2014 by the University of Barcelona, based on two years of research drawing on samples from a population of more than 100,000 children and studies of 35 families served by FEDAIA (the Federation of Organizations Providing Care and Education during Childhood and Adolescence), an umbrella organization of groups working with children who are vulnerable or at risk of social exclusion in Catalonia. The study, titled The impact on mental health among the population of children and adolescents at risk in Catalonia, was led by Violeta Quiroga, a researcher at the University of Barcelona.

Núria Sabater is a social worker and an officer of "Consorci de Badalona Sud". This longstanding project that covers the southern districts of the city of Badalona (just outside Barcelona) provides resources and interventions aimed at minors, young people and others, with the aim of responding to the already complex needs and demands of a social group whose situation has been aggravated by the crisis. Her experience of working with vulnerable children confirms the link between the crisis and children's mental health: "financial problems have led to an increase in tensions in the home and the appearance of stress and emotional problems in very young children." Sabater points out that these children are suffering from increased levels of mental illness, and that failure to treat this often results in violence and abuse.

According to Sabater, problems detected in young children include a lack of stimulation, developmental problems and learning problems. From the age of seven, there is an increase in ADHD, serious behavioral disorders (oppositional defiant disorder), anxiety and depression. From twelve years of age, there is increased co-morbidity of disorders, combined with boundary issues and a disregard for the consequences of actions (lack of respect towards authority and a range of inappropriate behaviors). The situation is aggravated by the fact that these children, adolescents and young people from the most disadvantaged families face difficulties in accessing psychological and psychiatric treatment because the high cost of such services is not covered by the public health system. "Their families are unable to pay for this treatment," Sabater explains. At the same time, financial cutbacks by the public sector mean that 70% of young people at risk are not eligible for support, according to the Report on Child Poverty in Catalonia, published by the Catalan Ombudsman.

This report highlights the fact that children from disadvantaged families are five times more likely to suffer from psychological disorders than those whose parents are well off. While 11.1% of the first group suffer from some type of psychological problem or addiction, in the second group the prevalence is only 1.8%.

In response to this issue, in 2013 the Probitas Foundation established its own program, RAI-Cuida'm, through which it works with the "Consorci Badalona Sud" to fund treatment at the Hospital Sant Joan de Déu of children who meet the eligibility criteria and who need psychiatric or psychological care. Sabater explains that, in the current situation, public–private partnerships to mitigate the effects of the crisis on the most vulnerable children are now "more necessary than ever".

For its part, Probitas has contributed to providing training for staff at the Day Center of the Fundació Vidal i Barraquer, Badalona, in Adolescent Mentalization-Based Integrative Treatment (AMBIT). The AMBIT approach, developed by the Anne Freud Centre in London, is designed to help in work with socially excluded young people with mental health problems and additional difficulties (dysfunctional families, consumption of toxic substances, educational failure, etc.). In particular, the program stresses the need to strengthen the complex networks that serve these young people and their families.

RAI-Cuida'm was created in response to the identification by some of the schools involved with the RAI-School meals support program of young people from poor backgrounds suffering from medical problems that are not covered by the Department of Health of the Government of Catalonia. The program provides medical care to some disadvantaged minors suffering from conditions or illnesses that threaten their quality of life.

The "Consorci" is an example of an integrated, online project that implements a multi-disciplinary approach to childhood policies and comprehensive care for families. Its aim is to provide a coherent approach to the different sources of these problems. "The support of Probitas in this endeavor is vital," Sabater explains.