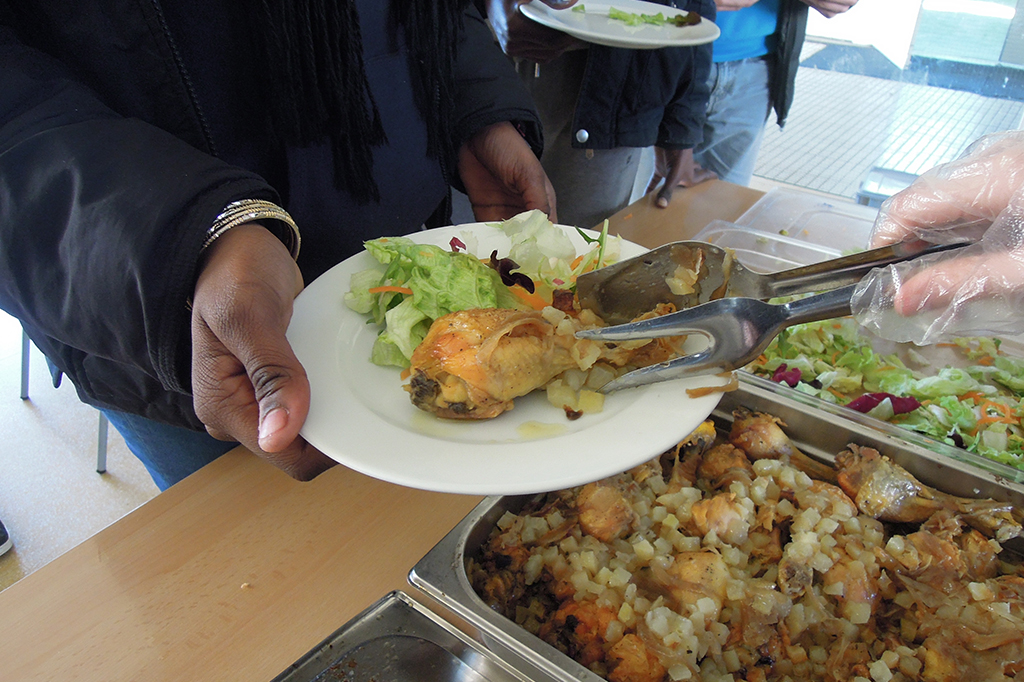 The Probitas Foundation promotes new projects of the "RAI-Secundary!"

The 2016/2017 school year ended with a total of 304,548 students (148,004 girls and 156,544 boys) enrolled in Compulsory Secondary Education (ESO) in Catalonia, according to the latest data recorded by the Department of Education of the Generalitat de Catalonia (regional government) in the month of July. Of all these students enrolled, some 5,000 ESO students received school meals stipends, according to Education Counsellor Meritxell Ruiz. This figure, however, represents less than 2% of Catalonia's Compulsory Secondary Education students who receive nutritional funding, compared to the 13.6% who receive it in Primary and Secondary education. Therefore, when passing from primary school to secondary, the number of students receiving funding drops 89%.

These stipends are subsidies paid for using public funds and intended for students of compulsory school age belonging to families in precarious socioeconomic situations, regardless of their nationality or origin. The entity responsible for handling the funding and setting their limits is the Department of Education, while regional councils are responsible for administrating the stipends, which partially or fully cover the cost of the service.

The source of the problem
In 2012 the Parliament of Catalonia implemented an abbreviated school schedule at the ESO level, which meant the closure of many school cafeterias at the region's public secondary schools, due to a lack of demand. Over the years the measure has meant that poorer families are not ensured a healthy lunch for their young people, who need it most, exposing them to the serious risk of malnutrition, which has serious consequences for their physical and cognitive development.

This is a currently a topic being debated in the Parliament, as there is an effort underway to replace the previous decree, approved in 1996, which is still in force today. The revision of the decree, according to government sources, speaking to the online newspaper directe.cat, will reconsider criteria such as the ratio of supervisors at school cafeterias; and, for example, the maximum price of a complete lunch, currently set at €6.20, a figure that has been frozen for years. The development of the decree's new content is in a very early stage, and is being discussed by parents' associations and the companies that offer the services, with a view to its implementation for the upcoming 2018/2019 academic year.

The new decree – temporarily withdrawn due to a lack of consensus in the educational community – would put an end to the management of cafeteria services by some AMPAs (Students' Parents Associations).

The Federation of Students' Parents Associations of Catalonia (FAPAC) is asking the Generalitat (Catalonian government) to make these lunches free at public grade schools and high schools. Among the arguments advanced is that guaranteeing universal access to school lunches may be a first step to ensuring fairness and equal opportunities. In addition, proponents argue that the two hours between lunch and recess must be considered part of the school's educational programme.

Probitas's role
In this context the Probitas Foundation is strongly engaged in trying to improve the situation of many children who have difficulties affording school cafeteria costs, or who at age 12, when they begin ESO (Obligatory Secondary Education), no longer have the right to cafeteria funding.

As part of the Child Nutrition Reinforcement (RAI) project initiated in 2012, Probitas backed the "RAI-ESO ¡Comemos Juntos!" programme two years later, which aims to offer a healthy lunch and a protective space in which to offer socio-educational activities to young people ages 11 to 17 at the risk of social exclusion. In this case, the programme includes access to a healthy lunch and leisure, athletic and educational support activities between 2 and 5 pm. In addition to ensuring a nutritious meal each day and providing a protective space, the objectives of the programme include promoting healthy habits, publicising the need to open high school cafeterias, and working together as a network.

During the 2016/2017 academic year the "RAI-ESO Comemos Juntos!" programme had facilities fully operational in 6 municipalities in Catalonia, with 6 collaborating entities and 401 beneficiaries from 18 high schools. The areas where the programme is present are Hospitalet de Llobregat, Terrassa, Granollers, Sabadell, Montornès del Vallès and Salt.

New spheres of action this year
For this new 2017/2018 school year Probitas has started a "RAI-ESO ¡Comemos Juntos!" programme in Santa Coloma de Gramenet. Specifically, it was initiated on Monday 2, October at two secondary schools, where approximately 70 children between the ages of 12 and 14 will be beneficiaries of the "RAI-ESO ¡Comemos Juntos!" programme. In addition to offering a healthy meal, at the centre there will also be athletic, socio-educational and school reinforcement activities for adolescents at risk of social exclusion in the time slot spanning from 2:30 to 5:00 pm.

The two schools where the program is implemented are the city's Puig Castellar and Tierra Roja. The initiative has been possible thanks to the agreement signed between Probitas, the entities Casal de los Niños, Risas, and the City of Santa Coloma. The implementation of this programme will help to raise awareness of the need to open school cafeterias at secondary schools, and to promote the joint efforts being made by all the agents involved.

In addition to its collaboration with the two high schools in Santa Coloma de Gramenet, Probitas also plans to launch the "RAI-ESO ¡Comemos Juntos!" project, of a socio-educational nature, to guarantee healthy food for secondary students in Vallès Occidental. The Regional Council of this territory laments that less than one student in every 100 there receives a cafeteria stipend, and that only 2.8% of all the stipends granted in the region are for secondary school students. This fact means that many boys and girls receive no aid after passing from grade school to high school. According to data from the Regional Council, during the 2016/2017 academic year 1,014 6th-grade students received school lunch funding, while in 2017/2018 only 204 first-year ESO (Obligatory Secondary Education) students benefited.

Hence, Probitas has established a collaboration framework with the Vallès Occidental Regional Council to guarantee the benefits of the "RAI-ESO ¡Comemos Juntos!" programme. For both parties this agreement promises to have an impact with a regional scope. The Foundation will also be promoting the RAI-ESO project at high schools in Cornellà (Baix Llobregat) and at schools in different cities in Vallès Occidental.

The strong reception given the programme by all the different educational agents (local councils, high schools, entities and families) has prompted Probitas to gradually expand its scope of action, as it increasingly meets the needs of more vulnerable children.