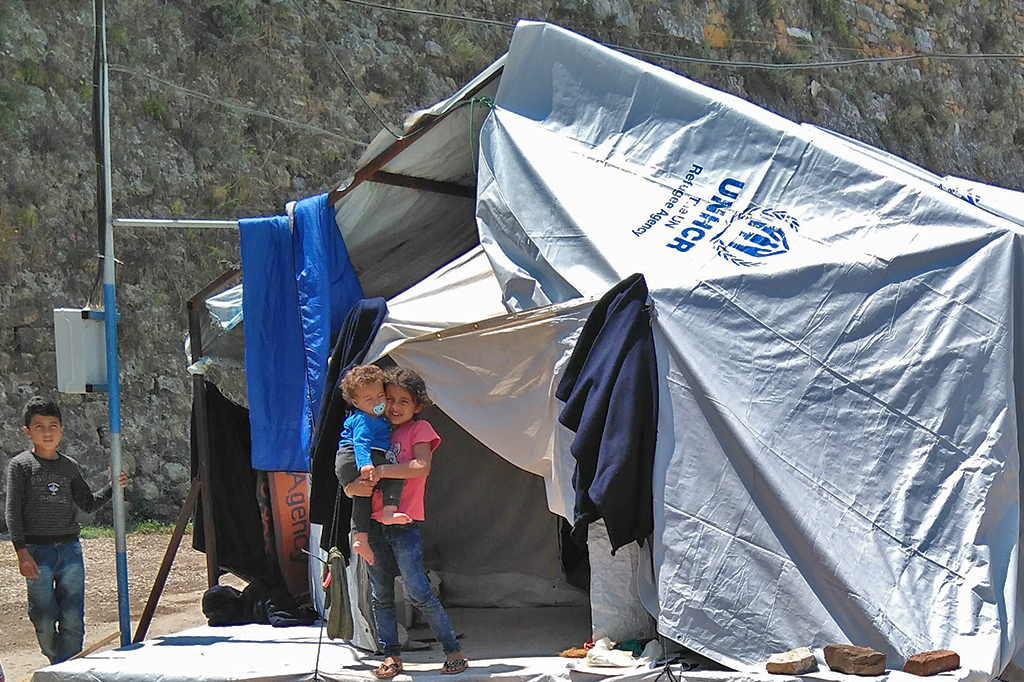 Every June 20 World Refugee Day is held to raise awareness of the millions of people who are forced to flee their countries due to war, violence, persecution, conflicts and human rights violations. It has been celebrated since the 50th anniversary of the 1951 Convention on the Status of Refugees, when the United Nations General Assembly designated June 20 as World Refugee Day as an expression of solidarity with and sensitivity towards all people who flee their countries.

There are now 65.6 million displaced people worldwide - almost 1% of the world's population, according to the UN High Commissioner for Refugees (UNHCR), a figure that represents an increase of 300,000 people over the previous year and marks a "historic high." The refugee population - made up of those outside their countries – was up in 2016 compared to the previous year, rising from 21.3 million people to 22.5 million.

For the third consecutive year Turkey took in the largest number of refugees in the world, with a total of 2.9 million people, according to the UNHCR. It was followed by Pakistan, with 1.4 million, and Lebanon, with 1 million. The flow of refugees on a global scale from 2000 to 2015 was illustrated on an interactive map - created by the publication Fast Company - that reflects the movements of people leaving their countries. The map shows, for example, how in 2007 many Colombians fled to Venezuela when conditions in their country deteriorated. Also, in 2009 Germany welcomed a large number of refugees from Iraq displaced by the worsening conflict in the latter country.

Moreover, UNHCR laments the loss of the 5,000 refugees who have perished in the Mediterranean, including hundreds of children, a situation which, as UNHCR points out, indicts Europe's mismanagement of this humanitarian crisis coming out of Syria, with international repercussions. Some of the proposals that the organisation is calling for are include implementation of resettlement programs, humanitarian visas, more flexible family reunification terms, and study visas, among others.
At refugee camps the UNHCR provides shelter, nutrition, water, sanitation and health. It also distributes materials like drums of water, cooking utensils, and solar lamps to cover basic needs with regards to the refugees' nutrition, health and education. Finally, it provides them with the means to attend school, in the case of children, or vocational training courses, such as tailoring, in the case of adults.

Currently the Sudanese refugee population living in the camps of Djabal and Farchana, among others, is made up of 92,758 women and 77,968 men, 57% under of them under the age of 18.

The results expected from the project are to ensure the quality of the drinking water supply systems at the six refugee camps where the project is implemented, to expand sanitation infrastructures, and to raise awareness in beneficiary communities regarding the responsible use of water, as well as to bolster the capacities of water management committees at the camps.

Humanitarian Action Programme in Greece
Another of the programmes that Probitas carries out is one of humanitarian action, tackling the Refugee Crisis. The project's geographical scope is Greece and Lebanon. The activities undertaken by Probitas in Greece, specifically in the Attica Region, at the Ritson and Skaramaga camps, and on the islands of Chios, Lesvos and Samos, focus on providing basic health services and psychosocial support. In addition, there is a medical response, delivering primary care for pregnant women and newborns through Emergency Response Units (ERUs) and the health services of the Hellenic Red Cross. Psychological support is facilitated by safe spaces for young people and attention to families, and also through educational efforts and direct psychosocial support by humanitarian workers and volunteers. The actions are carried out in concert with the Spanish Red Cross and the Hellenic Red Cross.

The actions carried out in the Northern Region (Thessaloniki) and the West (Katsikas), and at the Andravida and Kara Tepe (Lesvos) camps focus on bolstering the resilience of the immigrant refugee population through access to Primary Health Care (PHC) services, sexual and reproductive health, specialised care, and psychosocial support through mobile clinics. In these areas of Greece Probitas has worked together with Médicos del Mundo.

Finally, Probitas is also supporting projects with Save the Children in northern Greece and on the islands. In these areas the aim is to provide adequate food for children up to 2 years of age through a programme specialised in breastfeeding, offered at "Mother/Baby Areas", spaces providing protection and counsel for mothers and at which children also receive nutritional supplements and therapeutic feeding. This effort will make it possible to improve the nutritional status of children and mothers, and reduce high morbidity and mortality rates from acute respiratory infections, malnutrition and diarrhoea.

Humanitarian Action Programme in Lebanon
The Probitas Foundation also funds an Oxfam-Intermon project at seven municipalities located north of Bekaa, Lebanon. In these territories there is a community intervention to improve water, sanitation and hygiene for Syrian refugees living in unofficial camps located in rural areas. The objective is to create technical committees in the communities, identifying refugees with skills so that they can be trained in the maintenance of new infrastructures, thereby augmenting their self-sufficiency and enhancing their resilience, so that they depend less on humanitarian organisations. The project is complementary to a European Union ECHO programme and is carried out in collaboration with Oxfam Intermón.

In Lebanon Probitas works in the country's public hospitals along with the United Nations Relief and Works Agency for Palestine Refugees (UNRWA) with the aim of improving access by the Palestinian population displaced by the Syrian conflict to hospital care, to treat very chronic diseases, until now a possibility precluded by the emergency.

Finally, in the public school of El-Hilo (Beirut), in collaboration with the Wold Food Programme (WFP) and the Ministry of Education, nutritional support is provided through balanced meals in schools for young refugees  and Lebanese children, with a three-fold objective: improving the diets and nutritional status of the children, encouraging and improving the enrolment rates at primary schools, and promoting social cohesion amongst children and families in Lebanon and the families of Syrian refugees arriving in the country.

In this way in 2016-2017 Probitas supported water, sanitation, nutrition and physical and mental health projects with the aim of improving the living conditions of the refugees who arrived in Greece and Lebanon during the last year.