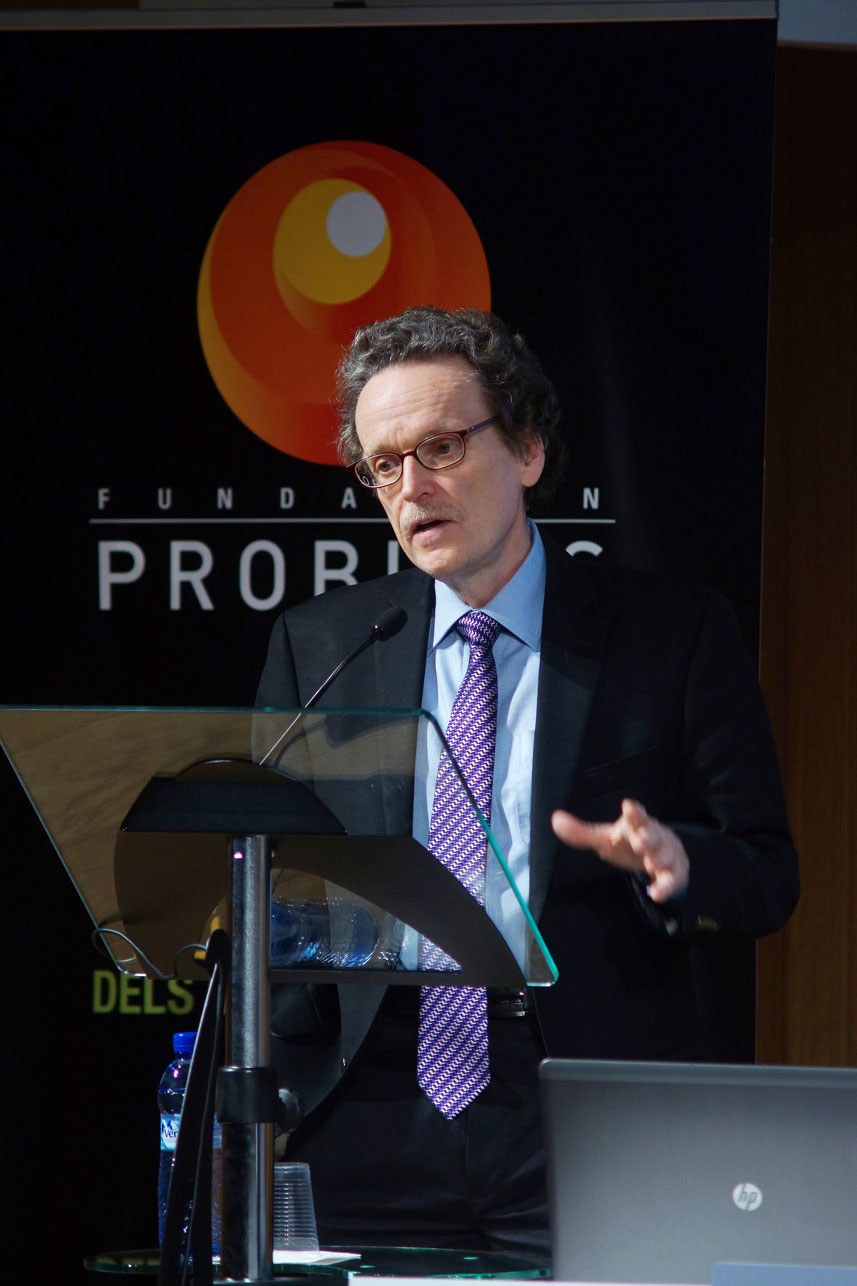 The Scope and Limits of Solidarity at Times of Crisis

The poverty that exists today is linked to today's world institutional order, where the wealthiest countries harness their economic power and negotiating capacity to impose policies and regulations on the poorer countries, which directly harms the latter.These institutions are responsible for the perpetration of poverty because there are other real alternatives to world organisation that could diminish the situation of misery and inequality. As these alternatives are not considered, there is an unfair situation involving the violation of the most basic human rights.This is one of the assertions of the Yale philosophy professor and director of the Global Justice Program, Thomas Pogge, in his book on the workshops "The Scope and Limits of Solidarity in Times of Crisis", organised by the Victor Grífols i Lucas Foundation and the Probitas Foundation in late November. The book will be published in early July and it critically analyses the imbalances and economic insecurity existing worldwide. Generally speaking, the prevention of crises and political responses have been hindered by a weak institutional capacity.

The director of the Global Justice Program believes that poverty can be eradicated in the world today, unlike in previous decades, and that it is our ethical duty to do it. For this reason, the governments of First World countries have to be pressured to revise the international agreements and to get Third World countries to participate in global economic growth.

Pogge says that to eradicate poverty, we have to understand how it is reproduced on such a large scale in such a prosperous world. In his opinion, it is clear that there is international economic interaction regulated by a system of treaties on trade, investments and loans through which only the wealthy and their corporations (banks, investment funds, etc.) get advantages, knowledge, political influence and therefore the ability to decide how these regulations should be applied.

According to Pogge, the current global economic and political order is unfair, and this injustice can be remedied through not very substantial changes in the structure of the world institutions. Therefore, these changes are a moral duty since there are moral reasons that legitimise this reform. Thus, this moral responsibility towards severe poverty involves not only the positive duty to assist but also the negative duty not to do damage. In this way, the moral duty to reform the world institutions stems from the weight entailed in violating a negative duty.

Pogge advocates a redistributive policy which would allow for a change in the current world order that would lighten the load of the countries that are burdened with the negative consequences caused by the institutions of the contemporary world. In his speech, he claimed that the experts from all over the world know very well why this drama is occurring and utter falsehoods when they say that it is caused by a lack of resources.

According to Pogge, the quest for a solution to combat poverty and inequality makes it necessary for the wealthiest societies to participate, since they and their exchange policies are impoverishing the developing societies of the world, thus contributing to the violation of human rights. According to this philosopher, this violation can be avoided with minor reforms and modifications which would entail a minimum reduction in the incomes of the most influential countries.

Rajesh Makwana, the director of the organisation Share The World's Resources (STWR), agrees with Pogge and states in the article "Extreme Wealth vs. Global Sharing" that just the wealth of the 100 people with the highest purchasing power in the world (241 million dollars) would be enough to put an end to poverty for four years.

If so, the Millennium Goals of eradicating extreme poverty and hunger could be achieved by 2015. Yet the United Nations Food and Agriculture Organisation (FAO) estimates that at the rate we are going now this objective will not be achieved until 2150.

Still, Pogge sates that poverty is not as great as it was 40 years ago, but it is avoidable and therefore a moral crime. "We have to bear in mind that wars and dictators have killed 200 million people in 100 years, while poverty has killed 400 million in just 25 years", he claims.

If you would like to know more about this topic, you can download Pogge's complete book in PDF version at this link.