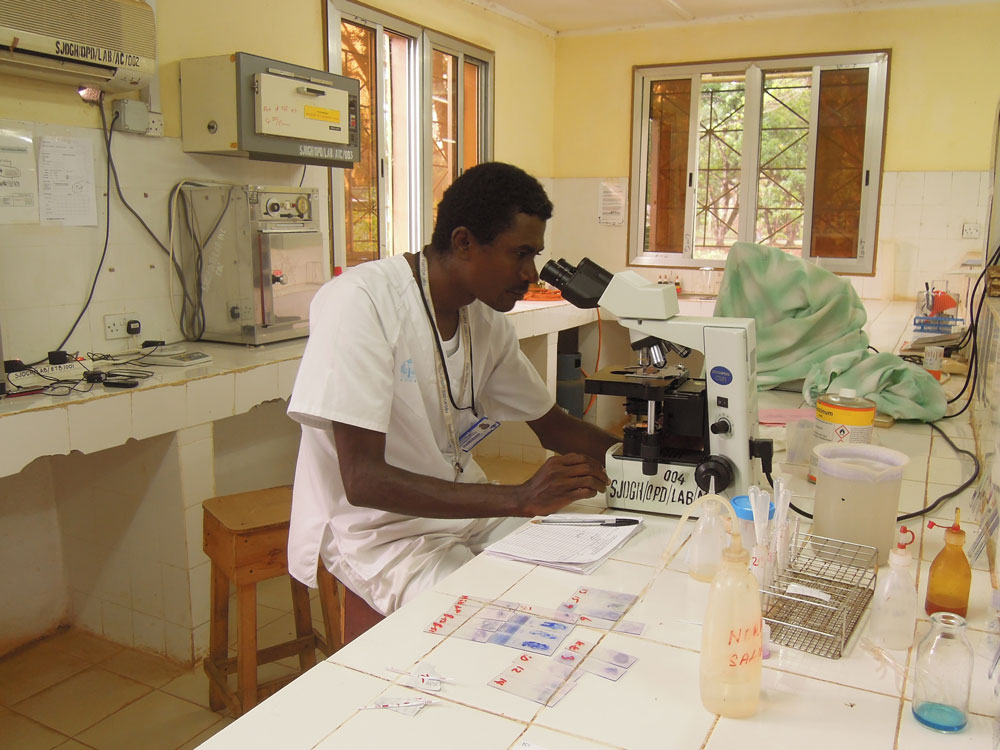 The United Nations have established the period 2014-2024 as the Decade of the Sustainable Energy for Everyone.

This purpose could entail an opportunity for reaching the electric power development that Africa needs to overcome poverty. Nevertheless, up to this date, more than 60% of the African population still has no access to electric power, and most of them live in the rural areas of this continent.

Sierra Leone is an example. It is a resource-rich country, but classified as a low income country according to Worldbank data. According to data from the Food and Agriculture Organization of the United Nations (FAO), less than 7% of the rural population has access to electric power. Due to its high cost and low supply, the production of electric power is considerably under the levels required to foster socioeconomic developments in the country.

One of the projects supported by Probitas has to do with the lack of electric power resources in Sierra Leone. During the period 2010-2011, Probitas financed the photovoltaic electrification of the Saint John of God Hospital in Mabesseneh, a town located 2 km away from the city of Lunsar (Sierra Leone). The Foundation joined forces with the engineers' cooperative Azimut 360 for carrying out this photovoltaic project with the idea of supplying electric power to this reference hospital.

The Saint John of God Hospital of Sierra Leone only had electric power thanks to generators that worked with gasoil during two time slots (from 10.00 to 14.00 h and from 20.00 to 03.00 h), whilst during the rest of the day it did not have access to electric power. With this new implemented system, the hospital had access to electric power 24 hours a day: from 10.00 to 14.00 h it was still connected to the generators, whilst during the rest of the day doctors were able to work with solar power.

This improvement represented a qualitative leap for the hospital: improvements in patient care with medical equipments connected 24 hours a day, the guarantee of electric power supply for the fridges of the laboratory, the blood bank and the pharmacy, and a decrease in the maternal and children death rate.

At a practical level, this action entailed:

The Probitas Foundation develops, since 2010, the project Global Laboratory Initiative (GLI), an own cooperation programme in the field of international health aiming to improve hospitals and clinical laboratories located in vulnerable areas through a sustainable and ecological perspective.

One of the strong points of the GLI is its sustainability. Due to this it has backing tools so the local staff can take over the project and manage this service in a self-sufficient way in all respects. In this framework of actions driven by the GLI, in year 2013, and after this first action at the Mabesseneh hospital, Probitas decided to promote again the GLI project of the Saint John of God Hospital, initiated in 2010-2011 and restore the laboratory, always thinking in sustainability criteria.

Due to this, Probitas has designed, together with Azimut 360, the extension of the photovoltaic panels initiated in 2010-2011 with the installation of more units in order to avoid that the laboratory works with gasoil. With this extension, it will be possible to improve the diagnosis of diseases and at the same time, reduce even more the high expenses due to the consumption of gasoil. The project has also foreseen to set up a new water tank that will be pumped by means of a solar panel.

The implementation of this photovoltaic system is a local project that contributes to the improvement of health conditions in underdeveloped or developing countries.

The electrification at the Saint John of God Hospital in Sierra Leone, proves how the current technology of the photovoltaic systems allows to solve, to a great extent, the difficulties when providing electric power to important community care services in vulnerable areas with high quality standards.

The project started in 2010-2011 is an example of a cooperation programme that, with a sustainable approach, grants an electric power self-sufficiency model in a country "without electric power".