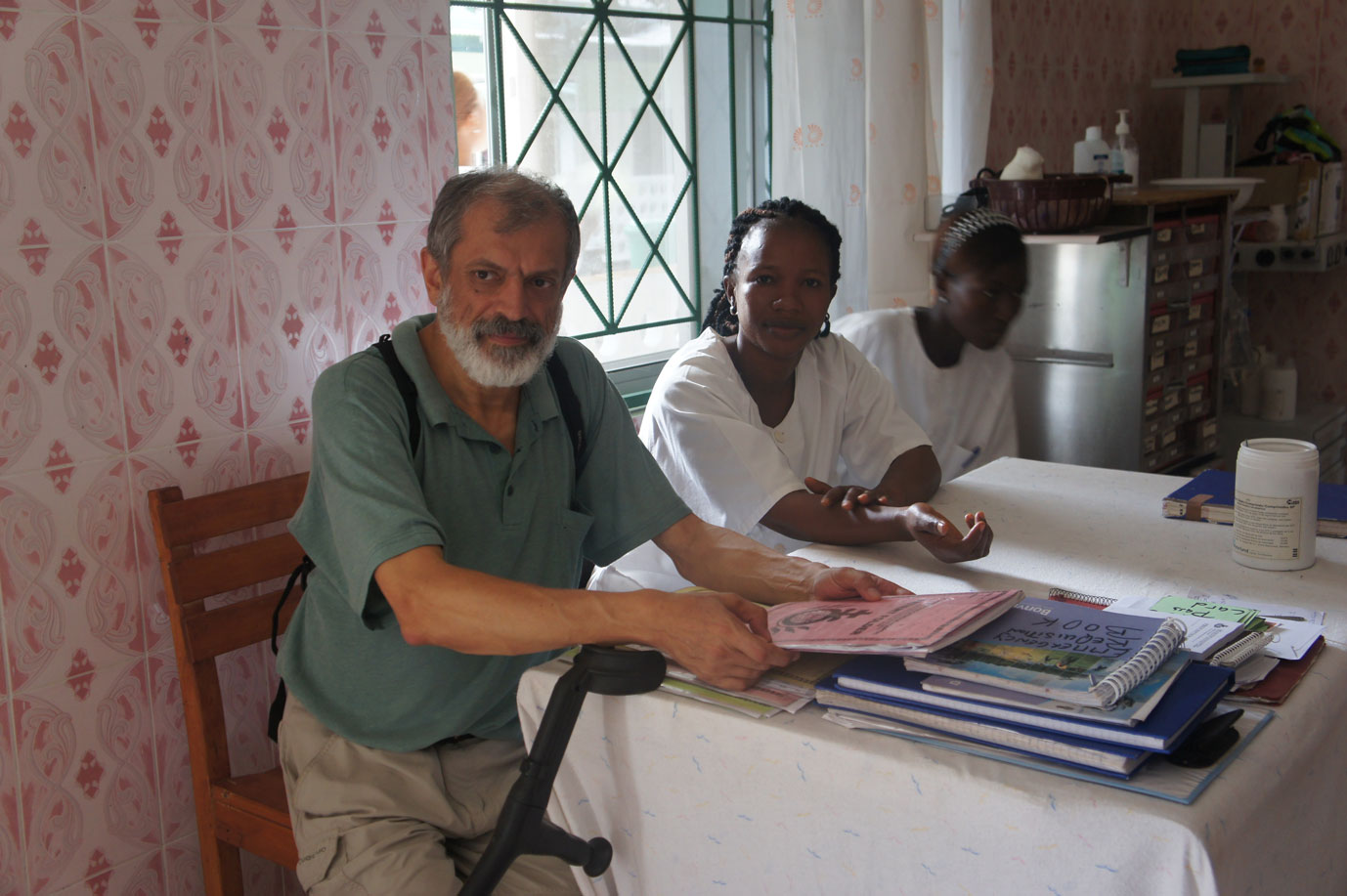 "The impact of Ebola in Sierra Leone is enormous, and it is leading to a chaos with boundless consequences in the country"

"The impact of Ebola in Sierra Leone is enormous, and it is leading to a chaos with boundless consequences in the country." With these words, the Brother Hospitaller of St. John of God and physician, Fernando Aguiló, described the current situation being experienced in Sierra Leone, ever since the first outbreak of the Ebola virus was detected there last June. He is personally familiar with the situation in this country.

Brother Aguiló was working at the Mabesseneh Hospital 15 years ago when the war broke out. He was captured by the rebels and unsuccessfully used for ransom in 1998. He let the country in 1998 and has been working with local managers and physicians since 2002 to improve this healthcare center, where the Probitas Foundation is implementing a program that seeks to improve the capacities of the laboratory and some healthcare services and supply sustainable photovoltaic energy to Saint John of God hospital in Mabesseneh. (GLI-Lunsar).

Sierra Leone is a country that has barely left behind the civil war that devastated the entire nation. This country still has deficient healthcare infrastructures, few qualified healthcare professionals and few resources to deal with even the endemic illnesses in the zone. All of this has provided the ideal breeding ground for the spread of any epidemic, especially a virus like Ebola, which has neither a treatment nor a vaccine.

Brother Aguiló explains that the people associated the first stage in the outbreak of this disease with cultural and traditional beliefs, which triggered panic among the people and stigmatized entire families, who then tried to avoid social pressure by hiding their ill members and even their corpses. All of this only served to spread the disease.

At the beginning of the outbreak, both the affected countries and the international institutions were slow to react. They believed that it was an isolated virus, like the one that appeared in the Democratic Republic of the Congo (DRC) in 1976. "Ebola has managed to penetrate large populations which were not prepared to combat the outbreak."

Now we have to begin all over again. According to Aguiló, the people have to become aware of the illness by clarifying THEIR doubts and fears, while ALSO taking the hygienic measures to protect themselves seriously. In a climate of panic, these measures come upon resistance among the people because of certain habits that are hard to change. Yet the people should also be offered minimally acceptable healthcare structures that ensure sound care and protection of both the patients and the healthcare staff caring for them.

The situation at Mabesseneh Hospital is no different than the other regions in the country. "It is being viewed with veritable panic, and people are even trying to hide cases for fear of stigmatization, which makes it difficult to know precisely how many people are affected by Ebola and how many have died from it."

Brother Aguiló estimates that almost 100% of the infected persons in Mabesseneh and 10% of the deaths have been healthcare professionals, the group at the highest risk of infection. "The staff there needs more support from abroad in order to equip the facilities with protective supplies, ensure proper disinfection and secure more medicine," says Aguiló.

For this reason, the Probitas Foundation, which has close ties with the Saint John of God hospital in Sierra Leone, will participate in this international call for aid by sending a container with all kinds of medical supplies, protective materials and medicine needed which is no longer available there because the supplies have been depleted.

Right now the Mabesseneh hospital is training healthcare professionals in recognizing the early signs of the disease and adopting the protective measures needed in the event of a suspicious case. It is also working with the Ministry of Health and regional and local healthcare authorities to once again open the facilities at the center for the third time under minimal conditions.

The management has decided to initially open the hospital with 35 beds and to only have the necessary staff work with the goal of minimizing the risks. In theory, the center will care for the cases that are not Ebola and will refer suspicious cases to a field hospital located on the outskirts of Lunsar.

Infection from the Ebola virus has been known in some regions of the DRC since 1976 but this illness used to be unknown in West Africa.

In a globalized world there are no borders and communication is quick, so thinking that what happens in one part of the planet is not our responsibility is erroneous. "Unfortunately, Westerners had to become infected before the West realized what was happening and starting acting against Ebola. Just think about the alarm and panic that Ebola has stirred up on Europe with just a few isolated cases, yet it was not disturbed when entire nations (Guinea Conakry, Sierra Leone and Liberia) were watching with terror and impotence as thousands of people fell ill and hundreds died."

Aguiló adds: "Some people in Sierra Leone mentioned to me that the situation today is the worst one ever experienced since the civil war." The fact is that back then, everyone knew who the enemy was, whereas today they do not. "It can be your neighbor, your friend, your own family or someone next to you on the bus, at a market, at the dispensary…" says Aguiló.

Might some of these people be infected? This is a huge question that the people in these African nations face every day. "This creates a great deal of tension," he concludes.

Probitas mourns the death of missionary García Viejo, with whom it has worked since 2010 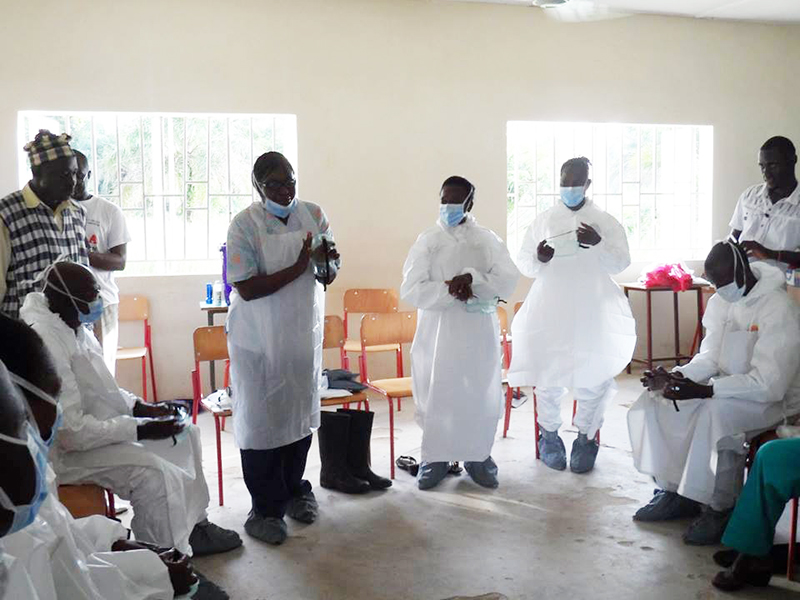