The Pablo Horstmann Foundation is developing a project for the reinforcement and amplification of the Pediatric Clinic ‘Let Children Have Health' in Meki (Ethiopia) as a response to the current situation of famine. It is expected that the project will improve the health of the child population and reduce the infant mortality rate by providing healthcare partially free of charge in the clinic. 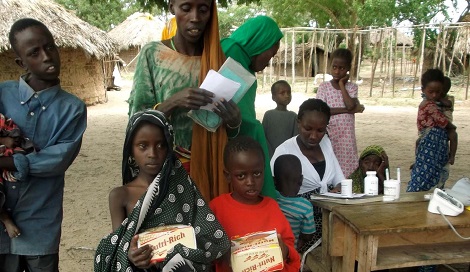 CONTEXT
Ethiopia is considered one of the poorest countries in the world, it has been catalogued as a least-developed country by the Development for Assistance Committee and ranked 174 out of 188 in the Human Development Index. In the area of Meki there are 81,000 minors living in poverty, in slums without water or electricity.

According to data from UNICEF, 52% of the children aged less than 5 years are moderately or severely malnourished, and 38% are underweight. There is no pediatric clinic in the region or any possibility of hospitalization apart from the Pediatric Clinic ‘Let Children Have Health'.

PROJECT
The aim of the project is to reduce infant mortality in the region and decrease diseases that can be prevented and treated.  It will intervene against the moderate and severe malnutrition that 52% of the children present, expecting to obtain a significant reduction in mortality.

To obtain such results, a number of activities will be carried out including: the consolidation of medical coverage provided by the pediatric clinic, through quality healthcare, in order to attend the greatest number of children; amplification of the clinical installations so as to increase the number of patients with the option of being attended; the training of local healthcare personnel for future self-management of the project; and, finally, nutritional aid will be procured for the children most in need.

BENEFICIARIES
The direct beneficiaries of the project are 81,000 children, that is to say, all the minors (0-18 years) from Meki and its surrounding rural area.  Of the general population, 47% are aged 0-14 years and only 3% are older than 64 years.