Project for the amplification of the health center at Touba Kolong and the construction of a maternity wing. Unomásuno+. Gambia

Gambia is one of the countries with the highest maternal mortality rate in the world. The lack of qualified personnel is accompanied by an absence of specialized health centers to attend pregnant women or those giving birth. Unomásuno + in partnership with the Dutch NGO Future4all and from the initiative of the Gambian Ministry of Health provide support for the construction of a maternity wing at Touba Kolong. In a parallel manner, within the framework of the present project the training of personnel from the center in maternal and child health will be carried out. 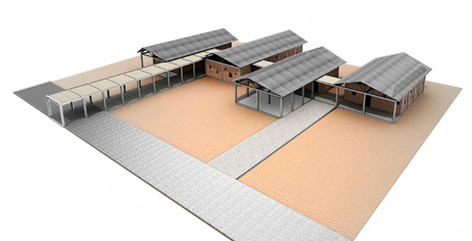 Unomásuno+ and Future4all have jointly developed a project to amplify the health center which was built in 2013. This building of 100 sq.m. (50 constructed and 50 forming the porch) was designed as a primary care center for the population of Touba Kolong. The Gambian government, however, has begun an initiative to construct an adjoining maternity wing which will help with the following issues:

Up to now, in the southwest zone of Upper Niumi there have been only two health centers with maternity wings: Essau and Albreda. In Touba Kolong there is  only one health center which is inoperable.

In this context, the setting up of infrastructures to attend all the phases of pregnancy, including birth, represents a great improvement in the welfare perspectives of women at childbearing age.

The present project is within the framework of a program for the development and improvement of health care in Touba Kolong and Upper Niumi.

The project is made up of three phases which precede two others which will make a future, separate project. We are, therefore, talking about an improvement program with a total of 5 phases.