This project is aimed at the control, awareness and monitoring of sickle cell disease in the Binza Maternity Hospital, Kinshasa (Democratic Republic of the Congo). This initiative aims to reduce infant mortality and morbidity in the country through the early diagnosis of 80% of children from 0 to 5 years of Maternity and the provision of medical care to 80% of patients with the disease. 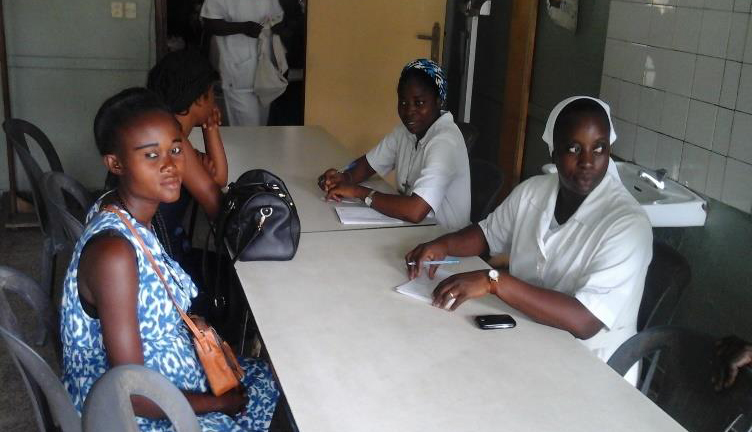 The socio-political situation in the DR Congo has calmed down since the end of January 2019 although there is no progress in the various health problems that affect the entire country.Regarding sickle cell disease, the prevalence rate of sickle cell disease in the newborn varies between regions and neighborhoods between 20-30% for the AS factor (heterozygous) and between 1-2% in the homozygous form. Every year approximately 50,000 newborns suffer the disease in the homozygous way and 50-75% of sickle cell patients die with less than 5 years due to lack of appropriate medical care: lack of control, examination and follow-up and low-skilled personnel to treat the disease (in most of the detected cases, the parents are civil servants, school teachers, ... professions that are among the worst paid). Sickle cell disease remains an unsolved public health problem.

- Make an early diagnosis of 80% of newborns and children from 0 to 5 years old in the Binza maternity hospital.

- Assume the medical care of 80% of patients with sickle cell disease detected in the framework of the project.

Outcome 1. Sickle cell disease is correctly diagnosed and patients are assisted from birth, as well as children from 0 to 5 years of age followed up in pre-school consultations (CPS).

Verifiable indicators of the 1st result:

- 2,500 children tested and 200 have been identified as new sickle cell patients.

- Penetration rate of early diagnosis of newborns of the order of 80% in maternity and BINZA CPS.

- 15 professionals (nurses, midwives and laboratory technicians) are trained in the techniques of early diagnosis and the use of the rapid diagnostic test for sickle cell disease.

Verifiable indicators of the 2nd result:

- 90% of patients detected under the project have benefited from comprehensive medical care.

- 80% reduction in pain crises and other patients followed up within the project.

- 90% of patients followed up under the project have reached one year of age.

5,200, of which 2,500 are women and 2,700 children under the age of 15.The project will directly benefit mothers and their affected children:

• About 200 sickle cell patients will be followed regularly.