Improving the quality of health care by implementing a computerized triage system in the pediatric emergency unit at the Ibn Sina Hospital Center, Rabat (Morocco), and by the empowerment of mothers of users.

Probitas Foundation is collaborating with ISGlobal in a project to improve healthcare assistance through the implementation of a triage information system in the pediatric emergency room at the Ibn Sina Hospital Center (ISHC), Rabat, Morocco, and the empowerment of the mothers of the patients. The main objective of the project is to improve the attention and use of the emergency room at the ISHC, reduce waiting time and the number of seriously ill patients that leave, by creating an information system for hospital use and the training of mothers in the detection of the symptoms of the prevalent diseases in the área. 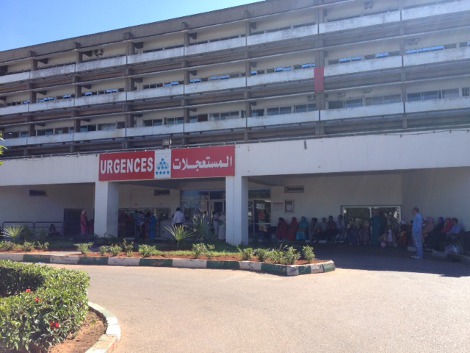 Morocco is a middle-income country that ranks 129 in the Human Development Index. The mortality rate in minors aged less than 5 years is around 31 for every 1,000 children, 6 times greater than the Spanish figure. The Moroccan healthcare system is divided between private care, generally of good quality, and public attention, which has a co-payment system. The public healthcare has three levels: first, basic or primary care centers; second, hospitals; and third, national institutes and laboratories. In spite of the increase in basic care centers from 400 in 1960 to more than 2,400 in 2006, a quarter of the population continues to be more than 10 kilometers from the nearest health center.

The central idea of the Project is based on the combination of three components: the implementation of a triage information system for pediatric emergencies, a tool that has shown positive results for both the users' health and the management of resources; a program of capacity-building for the healthcare personnel in the pediatric emergency rooms; and finally, to promote the role of the mothers and users of these services in the detection of serious symptoms in children aged less than five years.
The project will allow for a more rational use of the pediatric emergency service at a third-level hospital, the ISHC-Rabat. At the same time, it will establish clear criteria based on validated algorithms in order to determine the level of emergency of the children who come to the service and adequate assistance for each case. It will also contribute to educating the population with respect to the correct use of the public health service by empowering mothers in the detection of serious symptoms in children aged less than five years. It will thus serve to regulate the hospitals' pediatric emergency service. The project will help improve information systems which play a key role in planning health policies and, finally, serve as a model to be copied in other third-level hospitals.

The project's beneficiaries are: on one hand, the users of the pediatric emergency service at ISHC-Rabat, some 60,000 children aged less than 5 years. The healthcare personnel at the hospital will also benefit, they include 13 nurses, 3 pediatricians, 3 general practitioners, 6 pediatric residents, and 6 interns. Finally, around 30,000 mothers a year will benefit from the project.