Improvement in the laboratory equipment in Bigerville sur l'Axe in Abidjan, Ivory Coast

This project is being conducted in the commune of Bigerville sur l'Axe in Abidjan, where healthcare infrastructures are virtually nonexistent and there is no laboratory to diagnose preventable pathologies. The NGO Voie de l'Espoir, which is partnering with the Probitas Foundation on this project, is aiming to improve the health conditions of the most disadvantaged population through the laboratory equipment in the healthcare center, which will guide the medical staff when prescribing and treating pathologies, in addition to preventing them from spreading. This project is slated to end in 2015. 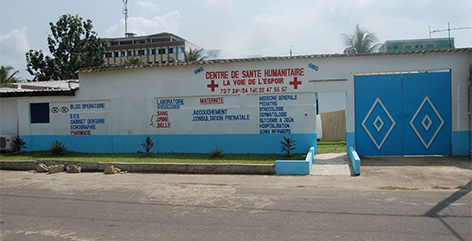 The Ivory Coast has an estimated population of 19,840,000 people (2012) with an average life expectancy of 52 for men and 54 for women. The child and maternal mortality rates are among the highest in sub-Saharan West Africa.

Specifically, the high mortality rates in children under the age of 5 is particularly worrisome, as it stands at 90 deaths per every 100,000 inhabitants per year. Of these deaths, the majority of them are due to illnesses that could be avoided through vaccination programs, or they are due to illnesses which can easily be diagnosed and treated, including pneumonia, measles and cerebral malaria.

The project aims to reinforce the laboratory at the humanitarian healthcare center in Abidjan in the Ivory Coast. The overall goal is to provide the laboratory with two semi-automatic devices to analyze biochemical and hematological parameters.

This project has allowed the NGO Voi de l'Espoir to purchase and implement a blood counter and an automatic chemical analyzer in the healthcare center in Bigerville sur l'Axe in Abidjan. Thanks to this new equipment, the medical staff can perform blood analyses right in the medical center with immediate results, without the need for patients to travel elsewhere.

Since the new equipment has arrived, the doctors no longer issue prescriptions based on symptoms, but instead they have a foundation for reliable results, which ultimately affects the health of the entire population of this region.

The next step to achieving complete biochemical exams, especially to diagnose diseases like typhoid fever and malaria, is to purchase a blood tube agitator, a centrifuge and a microscope.

Total number of laboratory tests from April to September 2014: