Preventing malaria in rural communities in the District of Meluco, Mozambique

Fontilles, not profit organisation in collaboration with the Kulima Association, is implementing a project to prevent malaria among pregnant women and children under five years of age in the villages of Incoripo, Mingonha, Pitolha and Namagico and the slums of Kuero and Incucutuco, of the city of Pemba, in the District of Meluco, province of Cabo Delgado, Mozambique. 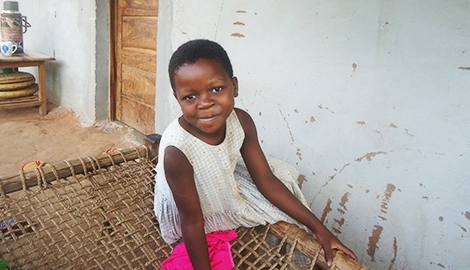 CONTEXT
Mozambique is one of the African countries most affected by malaria, an endemic disease found throughout the country, mainly in rural areas, where it is the cause of 42% of deaths among children under 5 years of age. Cabo Delgado has the largest number of cases. Every year, there are 200,000 neonatal deaths due to malaria occurring during pregnancy. Pregnant women are particularly vulnerable to malaria. Malaria also impairs productivity in all areas of socio-economic activity and contributes to deprivation among parents.

PROJECT
The project is part of the second phase of the fight against malaria initiative which began in the year 2016 with the collaboration of Fundación Probitas. This second phase has two clear goals; on the one hand to consolidate and strengthen the network of health care promoters and midwives and to expand the geographic area of intervention to two further villages  (Pitolha and Namagico), that have similar needs regarding malaria.

In this process of empowering the community to fight against malaria, it is anticipated that different awareness-raising and prevention activities will be carried out (in some cases recycling or updating content), seeking above all the involvement of the beneficiaries, community cohesion and their final appropriation of the project.

On the other hand, it is intended to carry out some field research which will lead to mapping the incidence of malaria and neglected tropical diseases (NTDs) within the area of activity, establishing a framework of priorities for the beneficiaries following a clear diagnosis and developing a good practice guideline for the fight against malaria and NTDs. This would allow any outcomes to be turned over to the beneficiary population and the health authorities and, from that point onwards, assist them to be more effective in the fight against malaria and NTDs in general.

Finally, it is proposed to create two new health centres in the villages of Pitolha and Namasico, also within the District of Meluco and adjacent the other villages/neighbourhoods where work during the first phase was carried out. The aim is to provide and equip the health centres and at the same time to formalise the handover of the remaining health centres created during the project's first phase.

The project will conclude with the creation of a district-level Health Committee, with the participation of the beneficiary population and the district health authorities for the free distribution of medication through the projects health centres and shared management of the same.

The number of indirect beneficiaries amounts to 14,200 people.

The profile of the beneficiaries is women of reproductive age, children under five years of age and the deprived rural population dedicated to agriculture.
Download our annual memory
Browse and learn about the projects with our interactive map
Visit the blog and subscribe to our Newsletter